By Mani Group On Request

Kolkata is considered as one of the best metropolitan cities in India. It is the capital city of the state West Bengal. This city is broadly considered as the cultural capital of India. It is well-known for the very popular Durga Pooja. But apart from this, the city is also known for good architecture. Kolkata is th...Read More

Kolkata is considered as one of the best metropolitan cities in India. It is the capital city of the state West Bengal. This city is broadly considered as the cultural capital of India. It is well-known for the very popular Durga Pooja. But apart from this, the city is also known for good architecture. Kolkata is the major commercial, cultural, and educational Centre of East India. So this city is the birth place of best ideas, good minds, revolutionaries, revolutions, and much more.

When it comes to real estate, Kolkata is witnessing a fast growth in all the sections ranging from high end to inexpensive properties. This field has observed some important improvements in Kolkata. Hence, the investors are considering this city as a good option of residential projects. The city is becoming demanding for both residential and commercial real estate seekers. Mani Imperial is the newly launched residential project in Kolkata by Mani Group that offers a modern lifestyle.

This venture caters the need of persons searching for inexpensive living options in Kolkata. Numerous facilities comprising landscape gardens, swimming pool, and clubhouse are provided to the individuals within the campus. These 4 BHK Apartments in Kolkata provides you an opportunity to own a dream house in the heart of the city. The project is the buildup of luxury as well as comfort where you can live with your loved ones and family. It is the most beautiful residential apartments. So you can get your dream home in this project.

Mani Imperial Price for 4 BHK and 4 BHK Duplex is quite affordable. The built-up area of flats is ranging between 2780 sqft to 3111 sqft. The prices are ranging from 3.19Cr - 3.56Cr. These sizes are varied. It is a B+G+ 27 residential apartments. This venture is well-equipped with all the latest facilities and 24/7 security services to enable the requirements of the residents. This project offers a sufficient amount of living space at an affordable cost.

Property in Ultadanga Kolkata is the best location in the city. This Mani Imperial project is conveniently situated at Ultadanga to give unmatched connectivity from all the essential landmarks. It has good connectivity to everyday places like hospitals supermarkets, schools, parks, recreational centers, and much more. Also, these apartments in the project are strategically developed keeping in mind outstanding connectivity of public transport. So it is one of the best investments in residential properties in this area.

This venture launched by Mani Group is the leading developer of residential property in Kolkata. This Group has been redefining city skylines through the construction of varied real estate properties. Now the group is an expanded entity with various business verticals. It includes real estate, hospitality, retail, education, and much more. Over the last three and half decades, the Mani Group has constructed around 50+ properties. The group is working progressively towards developing a more in and around Kolkata, Durgapur, Siliguri, and many other cities. 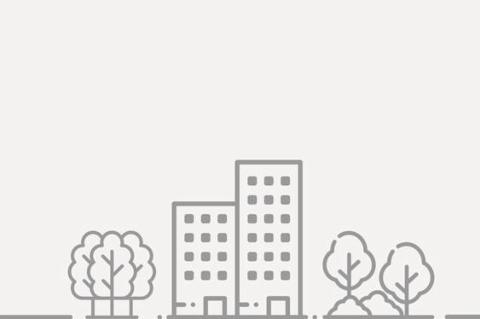 Please also note that the company has not verified the information and the compliances of the projects. Further, the company has not checked the RERA (Real Estate Regulation Act 2016) registration status of the real estate projects listed here in. The company does not make any representation in regards to the compliances done against these projects. You should make yourself aware about the RERA registration status of the listed real estate projects before purchasing property.

The contents of this Disclaimer are applicable to all hyperlinks under https://www.360realtors.com/. You hereby acknowledge of having read and accepted the same by use or access of this Website.Unless specifically stated otherwise, the display of any content (including any brand, logo, mark or name) relating to projects developed, built, owned, promoted or marketed by any third party is not to be construed as 360 Realtors association with or endorsement of such project or party. Display of such content is not to be understood as such party's endorsement of or association with 360 Realtors. All content relating to such project and/or party are provided solely for the purpose of information and reference. 360 Realtors is an independent organisation and is not affiliated with any third party relating to whom any content is displayed on the website.